They look mighty; they make promises of additional horsepower, but are they really worth the money and live up to the hype of performance?

Recently, we had a 2010 Chevrolet 1500 Silverado come in with rough-starting and fuel odors at start-up. Upon opening the hood, the tech is faced with a beefy stainless steel aftermarket air system. From his experience, aftermarket add-on’s are usually a good place to start when diagnosing problems.

Within a few moments of looking over the air system, the tech sees a point of un-metered airflow. See picture  below for location; between the mass airflow sensor and the throttle body. This could be a big part, if not all of the reason for the rough start and fuel odor. 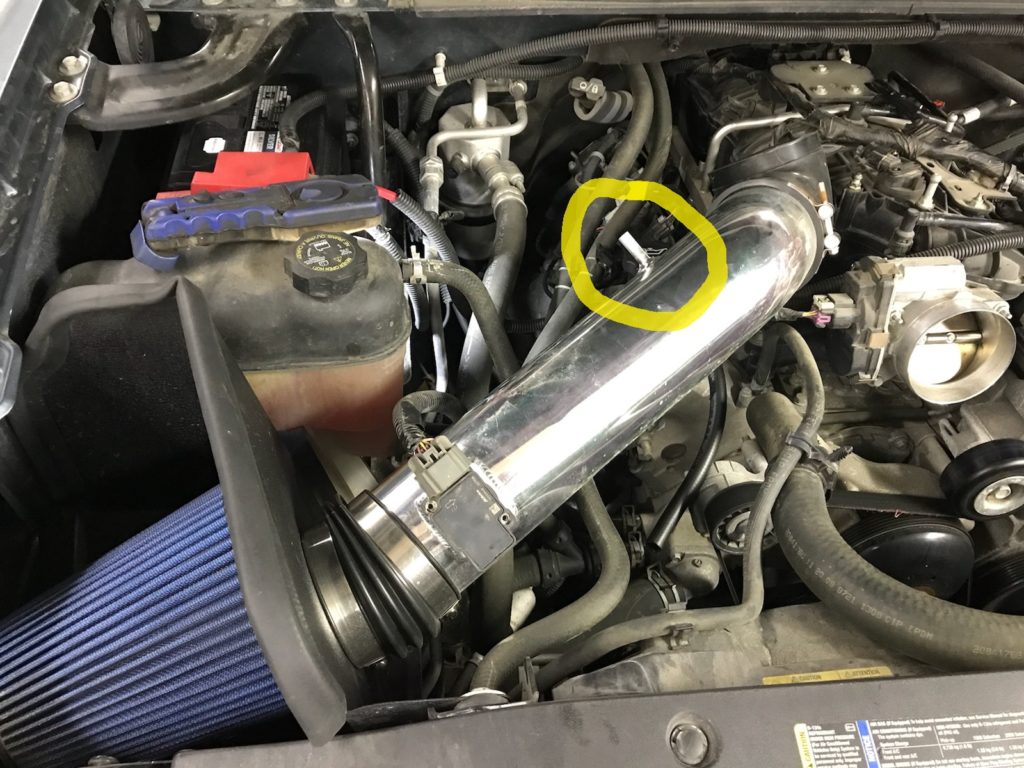 Open and unmetered airflow in this stainless steel tube has created rough-starting problems on this 2010 Chevy Silverado.

The tech resolved the rough start issue. He reattached a poor fitting crankcase ventilation fresh air intake hose to the aftermarket air intake system. Even though the problem was resolved, the customer wanted the original equipment components reinstalled.

Aftermarket re-usable performance air filters are usually coated with oil. As the air passes through the filter, the air collects small amounts of oil. These oil particles attach themselves to the wires inside the Mass Air Flow sensor, making the wires dirty. Dirt particles end up being stuck to the oily wires. When the wires become dirty, the sensor cannot properly detect the amount of incoming air. This ends up causing incorrect information to be sent to the ECM regarding fuel ratio. Incorrect data causes performance problems.

Ironic, isn’t it? The main selling feature of an aftermarket re-usable air system is for increased performance. Yet those systems more times than not, end up causing performance problems. If they really lived up to the promises, don’t you think the manufacturers would be using them?

Our family-owned business is rooted in honest, effective, and affordable auto repair. We’re known throughout the Irish Hills for providing quality and trustworthy service for all makes and models of cars, trucks, and SUVs. Conveniently located on US 12, one mile west of MIS.